Nonresidential Construction Starts Land Softly in June after Soaring in May 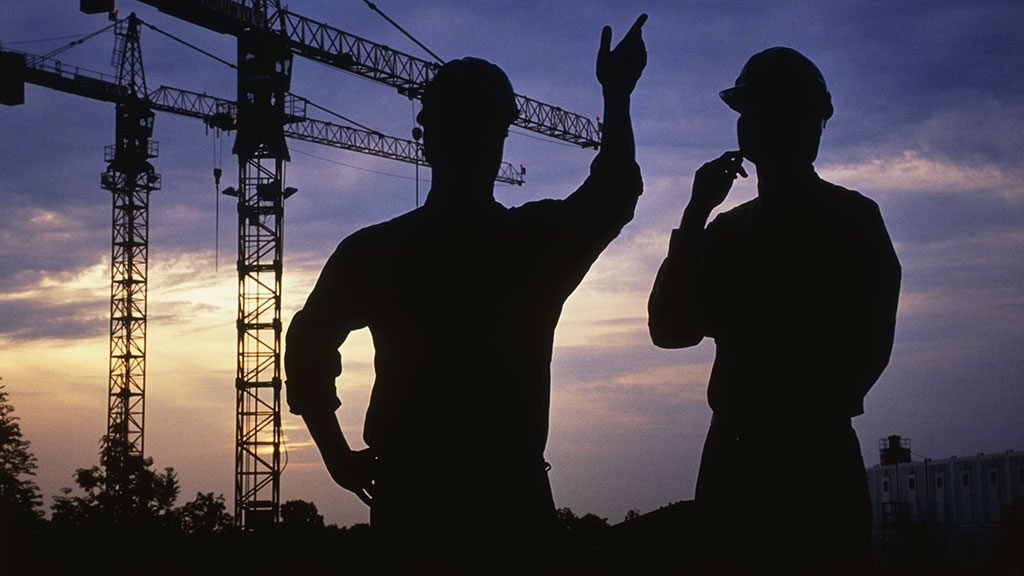 Nonresidential Construction Starts Land Softly in June after Soaring in May

The month-to-month percentage change versus May was -18.3%. The large drop, however, was mainly due to May having so many mega-sized project initiations. May’s Top 10 project starts list totaled $20.7 billion, double the figure of $10.3 billion for June’s biggest projects rollcall.

Since large project groundbreakings can often introduce notable volatility in the monthly ‘starts’ numbers and their period-to-period percentage changes, it is informative to also study ‘smoothed’ series, such as are set out in the middle columns of Table 5.

‘Smoothed’ grand total starts, which include residential activity, were -5.6% in June. Total homebuilding has been -9.5% on a 12-month moving-average basis. The multi-family corner of residential has been acting as more of a drag, -16.8%, than the single-family component, -6.0%.

‘Starts’ as a Leading Indicator

The ‘starts’ figures appearing in this report’s tables and graphs are not seasonally adjusted (NSA). Nor are they altered for inflation. They are expressed in what are termed ‘current’ as opposed to ‘constant’ dollars.

‘Nonresidential building’ plus ‘engineering/civil’ work accounts for a larger share of total construction than residential activity. The former’s combined proportion of total put-in-place construction in the Census Bureau’s latest report, for May, was 60%; the latter’s share was 40%.

The U.S. construction sector managed a nice increase in employment in June, +21,000 jobs. Construction’s monthly average climb in jobs through the first six months of this year, however, has pulled back to +18,000 from +32,000 in the first half of last year. Still, with respect to year-over-year hiring, construction remains the leader among major U.S. industrial subsectors, at +3.1%. Nipping at construction’s heels are ‘transportation and warehousing’, +2.9%, and ‘health care and social assistance’, +2.7%. The all-jobs rate of increase has been +1.5% y/y.

June’s year-over-year employment changes in other pockets of the economy with close ties to construction were: ‘machinery and equipment rental’, +10.4%; ‘oil and gas extraction’, +8.5%; ‘architectural and engineering services’, +3.1%; ‘real estate firms’, +3.0%; ‘cement and concrete product manufacturing’, -0.2%; and ‘building material and supplies dealers’, -0.6%. 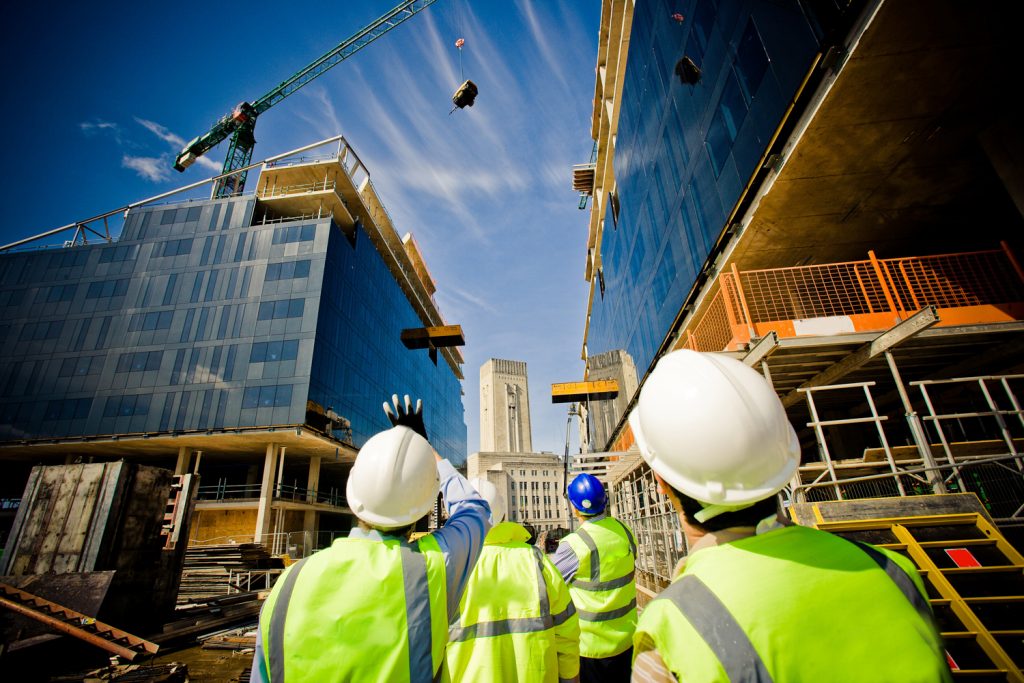 June’s -18.3% m/m drop in total nonresidential starts originated in the commercial (-13.7%) and industrial (-98.0%) type-of-structure subcategories. Moving in the opposite direction were institutional (+18.7%) and heavy engineering/civil (+7.0%). As for the nearly 100% decline in industrial work, there was no substitute in June for May’s $10 billion LNG facility in Texas.

The ‘school/college’ subcategory has accounted for nearly two-thirds of institutional dollar volume initiations to date in 2019. In June, educational facility starts were -3.4% y/y, but +19.3% m/m and +2.3% ytd. Starts on medical facilities – as the combination of ‘hospital/clinic’, ‘nursing/assisted living’ and ‘miscellaneous medical’ structures – have made an almost one-quarter (23.3%) contribution to the institutional type-of-structure category so far in 2019. Through the first half of this year, they have been +35.7% m/m, but -25.9% y/y and -29.1% ytd. 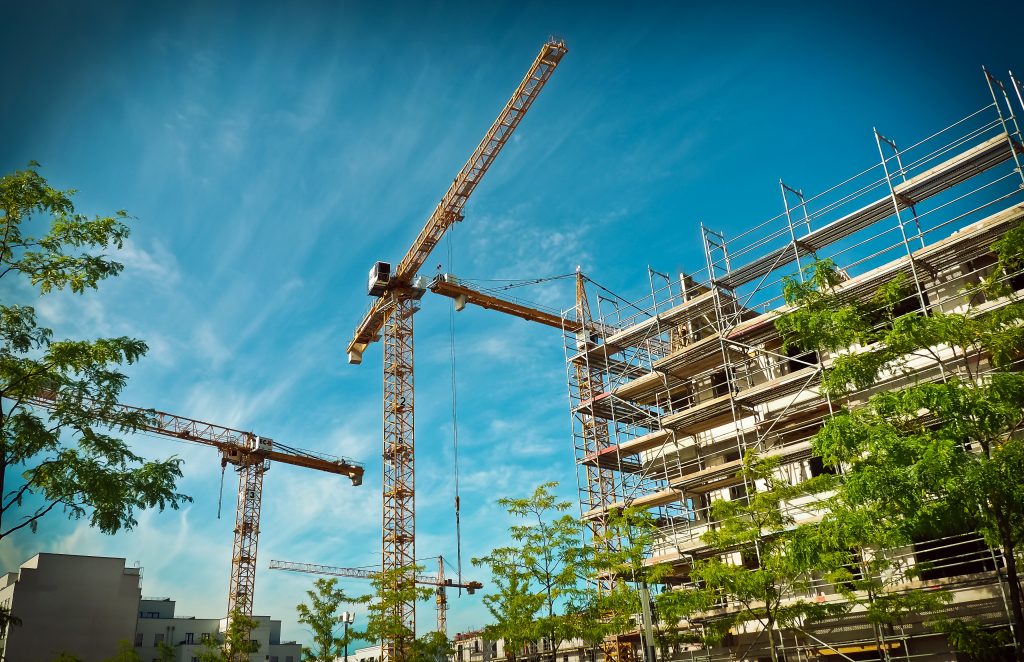 The Nonresidential Construction Starts Trend Graphs – June 2019 sets out 12-month moving average trend graphs for key type-of-structure categories. In Graph 1, the nonresidential building curve has lately been showing a tendency to dip, while the engineering curve has been mildly inclining. Further along, retail starts (Graph 3) have been in steep decline for some time, while hospital/clinic starts (Graph 4) have been easing back. Moving steadily higher have been schools (Graph 4), roads/highways (Graph 5) and bridges (Graph 6). Thanks to a couple of mega energy project groundbreakings in June (a wind power plant and a natural gas pipeline –see Top 10 Project Starts in the U.S. – June 2019), ‘miscellaneous civil’ (Graph 6) is now on the mend.

From Graph 1, the trajectory of construction job openings, whether measured as a nominal level or a rate, keeps rising. There are clearly record opportunities for employment in the sector. But personnel departments are being disappointed in their staffing efforts. Graph 2 shows that ‘hires’ levels are gradually ascending, but the ‘hires’ rate is stuck between 5.0% and 5.5%. An excellent way to gauge how difficult it has become for construction firms to find qualified workers is to examine the openings-to-hires ratio. Construction’s openings-to-hires ratio, over its history, has fluctuated mainly between 0.2 and 0.6. In early 2007, it shot up to 0.7, but quickly retreated once again with the onset of the recession. Most recently, construction’s openings-to-hires ratio has risen to never-before-seen heights. During the past three months, it has averaged 1.0.

Tables B-3 and B-8 of the monthly Employment Situation report record average hourly and average weekly wages for industry sectors. B-3 is for all employees (i.e., including bosses) on nonfarm payrolls. B-8 is for ‘production and nonsupervisory personnel’ only (i.e., it excludes bosses). For ‘all jobs’ and construction, there are eight relevant percentage changes to consider.

The value of construction starts each month is summarized from ConstructConnect’s database of all active construction projects in the U.S. Missing project values are estimated with the help of RSMeans’ building cost models.

ConstructConnect’s nonresidential construction starts series, because it is comprised of total-value estimates for individual projects, some of which are ultra-large, has a history of being more volatile than many other leading indicators for the economy.